Claudia Hill is a Berlin-based cross-disciplinary artist who makes objects that create possibilities for personal encounters and community. Hill’s work developed from a career in fashion presenting her collections between New York and Japan. As her designs expanded beyond the boundaries of the industry she made costumes for choreographer William Forsythe, The Wooster Group, and became a frequent collaborator with choreographer Meg Stuart.

Her interventions range from performative designs to constructing large scale, textile based sculptures, and conceiving participatory actions for art centers such as Centre Pompidou Paris, and ZKM Center for Art and Media, Karlsruhe. Hill’s own artist film Kŏn′voi′ has been presented in several international film festivals. She is currently developing new work for Supernova, an artist group formed around Damaged Goods’ Sketches/Notebook (extended version) for the HAU Berlin 2018 season. 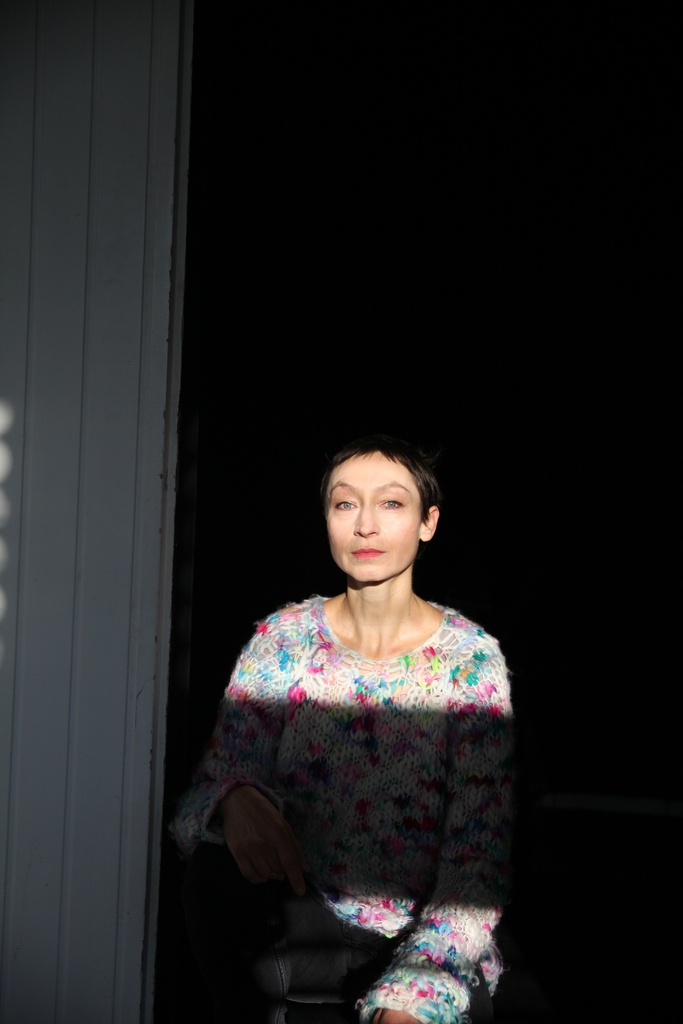 Triangles—Developing a Toolset for Ephemeral Sculptures

Stitching Collective—commissioned by Foundation for Movement Notation to complete one of Noa Eshkol’s wall carpets, now at Neugerriemschneider, Berlin.

~ISM—installation, participation in an exhibition for the opening of The Lincoln Modern, Singapore.

On The Rocks—performance sculpture by Lucie Tuma (Switzerland), Gessnerallee, Zurich

numerous theatre and film productions, among others All my Sons with Arthur Miller (USA) at the Roundabout Theatre, Broadway, NYC

Presentation in Tokyo through Look Inc.

Presentation in Tokyo through Look, Inc.